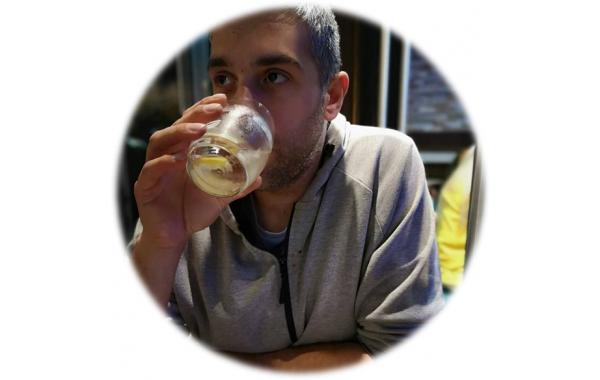 All of plastic water bottles are made with chemicals known as plasticizers which makes plastic  that we use everyday durable and flexible. There are two main forms of plastic. First one is called PolyVinyl chloride (PVC) and the other one is polycarbonate plastics. PVC contains the most common used commercial plasticizer called phthalates. Polycarbonate plastics contain a chemical called bisphenol-A (BPA).  On the bottom of most products you can find out from which kind of plastic they are made. Commercial products like water and soda bottles are made from PETE or PET – polyethylene terephthalate. The ingredients have flame retardants and UV stabilizers added. It’s the most commonly recycled plastic by most cities. Some cling wrap you use to preserve food, plastic containers, plumbing pipes, soft beverage bottles, shower curtains, some children toys, vinyl windows, and many other items are made from PVC or V - polyvinyl chloride. Made from petroleum resins and have flame retardants added too. Polycarbonate plastic is mostly used for electronic equipment, automobiles, sports safety equipment and medical devices, for reusable bottles and food storage containers that can be conveniently used in the refrigerator and microwave. Also used in tableware, 5 gallon water bottles, some baby bottles, and lining of metal food cans and others. The primary building block used to make polycarbonate plastic is bisphenol A (BPA). Many researchers have studied the potential for trace levels of BPA to migrate from polycarbonate into food and beverages under conditions typical for uses of polycarbonate products. These studies include ones conducted by government agencies in the US, Europe and Japan, as well as studies conducted by academic researchers and by industry. Although the study data and analyses shows that potential human exposure to BPA from polycarbonate products in contact with foods and beverages is very low and poses no known risk to human health there are opposite reactions from the public and some free media.

You probably can’t avoid bisphenol A (BPA). They are all around us, in compact discs, car parts, carpets, floor tiles, cosmetics - the list is endless. If you see plastic that is soft and pliable, then it is because of phthalates. Have you ever noticed how a re-used water bottle becomes brittle over time? That is because the phthalates have leached out of it - and you have drunk them. They mimic estrogen, which can change the way your endocrine system functions. In humans, exposure has been linked to chronic diseases, including diabetes, asthma, and cancer Some of the researches that are known in US are influencing people’s opinions. Sheela Sathyanarayana, MD, associate professor of paediatrics at the University of Washington /Seattle Children’s Research Institute who researches endocrine-disrupting chemicals, says that although more research is needed, the results suggest that when BPA imitates estrogen, it interferes with different stages of pregnancy, such as fertilisation and implantation.

So prevalent is BPA that tests by the U.S. Centers For Disease Control And Prevention in 2004 found it in 93 per cent of urine samples taken from a group of 2,517 people. Furthermore, a landmark report on BPA published in 2008 by the U.S. National Toxicology Program concluded that there were concerns over BPA’s effects on the brain, behaviour and prostate gland development in foetuses, infants and children. It also found that because of the ratio of body weight to exposure, ‘the highest estimated daily intake of Bisphenol A in the general population occurs in infants and children’.

Over the past few decades an estimated £150million has been spent on research into BPA, resulting in the publication of more than 5,000 papers - and scientists are still arguing over whether or not it is harmful. Such concerns also extend to phthalates - there are 25 different kinds and several are already banned in children’s toys in the EU and for certain types of food packaging. If you are concerned, you could avoid plastic mineral water bottles and use glass or stainless steel bottles filled from your tap or purifier. You could microwave meals in ‘microwave safe’ glass or on a plate instead of plastic containers. And if you want to store food in plastic containers, hunt down those that are labelled as BPA-free. After all, it's ridiculous (economically and environmentally) to constantly buy bottled water only to throw the bottle away each time. And even if you end up reusing those bottles, they could still potentially be harmful due to the leaching of chemicals into the water. In fact, a Harvard study showed participants' BPA levels increase after just one week of drinking from plastic bottles. But even removing just this one compound may not be enough. Polyethylene terephthalate (PET) is the main polymer used to produce plastic bottles, and has previously been shown to affect the hormonal system. How can you reduce your exposure to toxins released by plastic? Osmio Water offer a variety of choice for you to have the purest water possible by technology. Our whole house filter systems are designed to remove a wide array of water impurities (chlorine, toxins, heavy metals, etc) and to also remove any unpleasant tastes or odour issues which may be present in your water supply. Glass and stainless steel bottles are reusable and do not contaminate the environment, also using filter systems is an alternative we all need to embrace with diligence. Terrible to the environment:

Around the world, people throw away roughly four million tons of trash every day; that's enough to fill 350,000 garbage trucks or 10 Empire State Buildings. About 12.8 percent of that waste is plastic, which causes big problems for wildlife: some animals mistake plastic for food, while others can become entangled in the trash. But all those plastic bottles use a lot of fossil fuels and pollute the environment. In fact, Americans buy more bottled water than any other nation in the world, adding 29 billion water bottles a year to the problem. In order to make all these bottles, manufacturers use 17 million barrels of crude oil. That’s enough oil to keep a million cars going for twelve months. Imagine a water bottle filled a quarter of the way up with oil. That’s about how much oil was needed to produce the bottle. So why don’t more people drink water straight from the kitchen faucet? Some people drink bottled water because they think it is better for them than water out of the tap, but that’s not always true. People love the convenience of bottled water. But maybe if they realized the problems it causes, they would try drinking from a glass at home or carrying water in a refillable steel container instead of plastic. Unfortunately, for every six water bottles we use, only one makes it to the recycling bin. The rest are sent to landfills. Or, even worse, they end up as trash on the land and in rivers, lakes, and the ocean. Plastic bottles take many hundreds of years to disintegrate. Osmio Water offer reverse osmosis filters that provide a unique filtration method used to produce clean good tasting water for the whole house and even the garden - for plants, paddling pools and so on, keeping your environment safe too. Contaminants bottled water may have in it There’s no official list of contaminants of bottled water, but you can find some unofficial reports in the US under FDA standards. FDA allows certain levels of contaminants in bottled water under the standard of quality (21 CFR, 165.110[b]). Chemical contaminants bottled water may have in it. The FDA allows set levels of the following chemical contaminants in all bottled water. Amounts vary, but some are shocking, such as Barium or Cyanide. Here is a sampling of chemical contaminants bottled water has in it, along with the permitted milligrams per litre. Bottled may have Pesticides in it. The FDA allows set levels of pesticides in bottled water. There are set limits for each of 29 different pesticides. People who purchase bottled water believe, normally, that they are avoiding pesticides by doing so. For a listing of these pesticides, see 21 CFR 165.110[b]. Disinfectants bottled water may have in it. The FDA allows bottled water to contain set levels of residual disinfectants and disinfection byproducts. Examples from 21 CFR 165.110[b]: Disinfection byproducts • Bromate…………………………… 0.010 • Chlorite………………………….. 1.0 • Haloacetic acids (five) (HAA5)………. 0.060 • Total Trihalomethanes (TTHM)………… 0.080 Residual disinfectants • Chloramine………………………… 4.0 (as Cl2) • Chlorine………………………….. 4.0 (as Cl2) • Chlorine dioxide…………………… 0.8 (as ClO2) Bottled water may have Radioactive materials in it.  The FDA allows bottled water to contain set levels of radioactive material. See 21 CFR 165.110[b]. Three examples: Bottled water has in it more than regulations allow. When bottled water does not meet the standards set out by the FDA, it might still be sold. By law in , it should bear a suitable label. Examples: 1. “Contains Excessive Bacteria” 2. “Contains Excessive Arsenic” 3. “Excessively Radioactive” Water is good for you, so keep drinking it. But think about how often you use water bottles, and see if you can make a change.   Authored by: