Your body is 62% Hydrogen by volume. Hydrogen is the atomic 'stem cell' of our universe. All matter and thus the world in which we live, and ultimately we ourselves, were created from hydrogen! 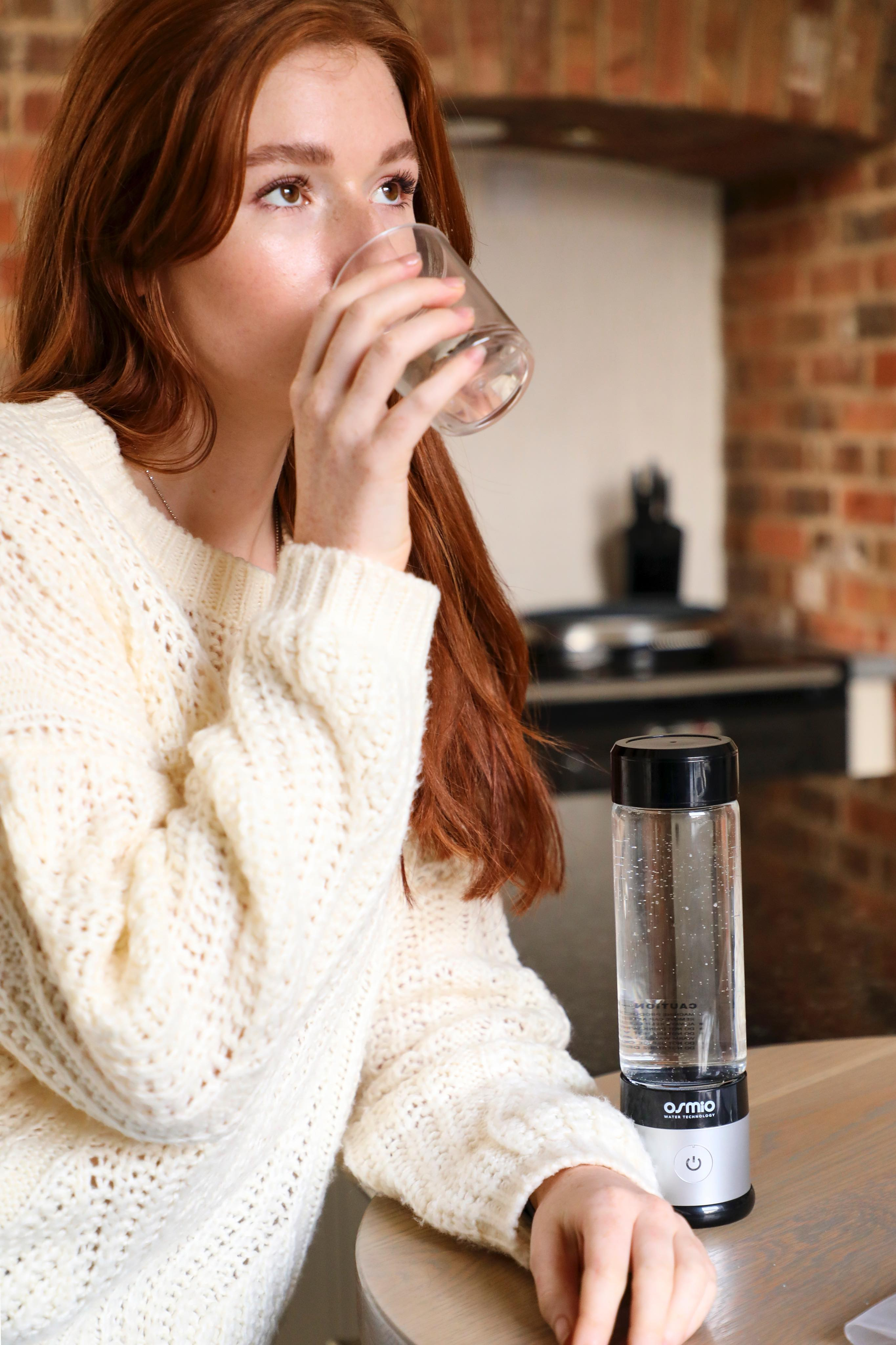 Is Hydrogen an antioxidant?

Not in the strict definition of an antioxidant, but instead plays a significant role in signalling. Hydrogen is the first element in the periodic table which is also extremely reactive, bonding with another hydrogen molecule as soon as one is available to form hydrogen gas (H2). Being the small element means that it can get everywhere in your body when ingested including through the cell membrane, the blood brain barrier, mitochondria cells and even into a cell’s nucleus.

How does hydrogen differ to other antioxidants?

Hydrogen has a natural property which enables it to dissolve into and move across cell membranes, so it can get into any compartment of our body. Hydrogen is different to other antioxidants which cannot do this. A good example is the central nervous system, which has a barrier called the blood brain barrier to prevent molecules from getting into the brain, and hydrogen can do this which shows how effective it is as getting through the cell nucleus.

Some antioxidants are so strong that they can suppress all oxidants within the cell and research show that is not good for cell signalling and gene regulation, so those processes should not be affected. Hydrogen does not affect these processes and instead targets the oxidation of the cell.

The expression of our DNA is a function of the water in our cells. DNA directs the production of proteins. In humans, the DNA has 23000 genes and these are making 200,000 proteins. The genes are being told what to make and it's the water telling the DNA what to make (expression).

The DNA is embedded in a crystalline water gel and that unfolds and unmasks certains areas which gets them to be expressed. It's not a function of the genes (although the genes are needed), it's the water. Healthy cells have an electric charge around them, so cells without a charge are disfunctional cells. More research is needed to demonstrate that hydrogen gas induces hepatic PGC-1α gene expression.

So how do I take Hydrogen?

1) Drinking Hydrogen Rich Water - Using electrolysis (i.e. in a water bottle). This produces H2 gas with solubility in the water. It is by far the best way to get a daily dose without consuming anything other than hydrogen.

2) Inhalation of Hydrogen Gas - For inhalation, a 2-4% hydrogen gas mixture is common because it is below the flammability level; however, some studies use 66.7% H2 and 33.3% O2, which is nontoxic and effective, but flammable. Inhalation of hydrogen reaches a peak plasma level (i.e. equilibrium based on Henry’s Law) in about 30 min, and upon cessation of inhalation the return to baseline occurs in about 60 min.

The pharmacokinetics of each method are still under investigation, but are dependent on dosage, route, and timing. The methods that we provide below are designed to solely produce hydrogen h2 without the user consuming any other product i.e. magnesium levels and pH effect from the hydrogen tablets, or by products that are created during the electrolysis process of generating h2.

Using hydrogen generating tablets containing elemental pure magnesium and malic acid. We do not currently endorse this method as it also provides a large dosage of magnesium which raises a concern about long term use because of it's bioavailability (it's bonding with calcium from the bones). There are also questionable ingredients including sweeteners and binding agents.

Browse the Osmio Product Range below and please do contact us with your questions.