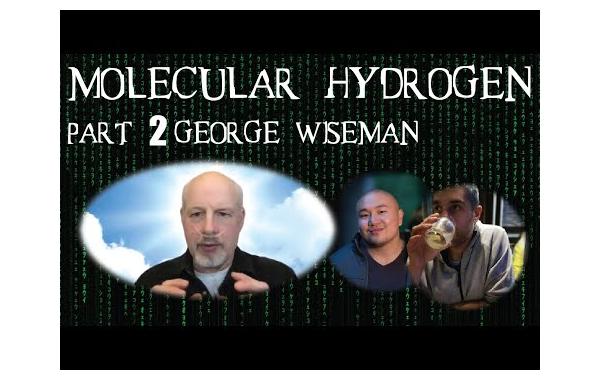 Electrically expanded water (EXW) is a negatively charged plasma with an added electron. it is water that has soaked up electricity which is bio-available.

A third gas is formed from an electrolyzer, which is the definitive difference between hydrogen as H2 and Hydroxy or Brown's Gas.

Hydrogen electrolysers often have a membrane to separate out the ozone, chlorides and the EXW. Brown's gas generators so not, but have post-filtration to scrub out all but the Hydrogen, EXW and the Oxygen.

At the Water Conference 2019, Gerald Pollack asked George Wiseman whether EXW was the same as Exclusion Zone Water (EZWater) with an added electron.

In response to this specific point about EXW and EZWater, George has the following additional comments:

1. EZ water isn’t water (it’s H3O2) a gel-like substance that excludes impurities. We should start calling it EZ gel. That’s what Gerald Pollack called it when speaking with me when I confirmed all the conclusions below with him.

2. EZ gel isn’t water. Water is H2O. This substance is H3O2 and just because it’s MADE of oxygen and hydrogen does not make it water (H2O).
No one would mistake or call Hydrogen Peroxide (H2O2) for ‘water’ (H2O), so calling EZ gel (H3O2) ‘water’ is very incorrect and spreads miss-information and miss-understanding.

5. Each 'phase’ of matter is achieved by adding energy. As you add heat, ice melts into water, then turns into steam and (adding electrons) then turns into EXW. NOWHERE in that phase progression does the water H2O turn into EZ gel (H3O2)…

So the statement “ EZ Water plus the added electron “ is wrong on 2 counts.
First, EZ gel (H3O2 gel) is not ‘water’ (H2O).
Second, EZ gel is NOTHING LIKE EXW (negatively charged water plasma). Wrong consistency (gel vs gas) and chemical formulation (H3O2) vs H2O)

6. What ExW DOES DO is provide the components (nutrition and energy) the body needs to MAKE EZ gel (H3O2).
The body USES ExW to make EZ gel, But EXW is NOT EZ gel.

7. EZ gel is NEEDED in the body. It’s how most of the hydrogen and oxygen in the body is ’structured’ or ‘arranged’; life just isn’t possible without it. But saying that EXW is EZ gel is incorrect in almost every possible way.